This week’s lecture, by Martin Hosken, was all about research methodologies and how they can be applied to the academic journey.

Initially, I found it quite amusing that Hosken spoke of, “breaking through  the incumbency of language”, when he himself then goes onto use some very high levels of academic language. I think what he is getting at, is that although language is used to portray what we learn through research, it is at its heart a verb. It’s something you do, its an act, which allows you to learn.

To me, research is about knowledge and the process in which it is gained. Therefore, research can be undertaken in a multitude of ways. If I was working for a hamburger company, for example, I could class eating the burgers, cooking the burgers or speaking to the customers, as research.

Hosken continues to talk about etymology and it providing, “…many helpful and revealing avenues of enquiry.” Sticking with the word ‘hamburger’, Wikipedia describes it as:

“The term hamburger originally derives from Hamburg,[2] Germany’s second-largest city. Hamburger in German is the demonym of Hamburg, similar to frankfurter and wiener, names for other meat-based foods and demonyms of the cities of Frankfurt and Vienna (in German Wien) respectively.

By back-formation, the term “burger” eventually became a self-standing word that is associated with many different types of sandwiches, similar to a (ground meat) hamburger, but made of different meats such as buffalo in the buffalo burger, venison, kangaroo, chicken, turkey, elk, lamb or fish like salmon in the salmon burger, but even with meatless sandwiches as is the case of the veggie burger.”

What is knowledge? Well this debate has been going on for thousands of years where the Ancient Greeks set out two trains of thought.

The Rationalists claimed knowledge comes from reason and that we are born with the ability to categories information and apply inherent principles to it before our sense experience it in any way.

The Empiricists counter that claim by stating that experience is the starting point for all knowledge.  They believe that , by exploring the world in its rawest state we learn all our beliefs and all our knowledge.

It’s a bit chicken and egg really, isn’t it?

We can identify four key areas that underpin our philosophical categorisations:

“It is important to realise that we are standing on the shoulders of giants and that we cannot avoid the systems of language and categorisations that have evolved through time. Rather than be, intimidated by this, we should understand that the wonders of our civilisation have only
been made possible by the philosophical structures that support our communities and socio-political infrastructure, the most obvious being the success of democracy and the Rule of Law.” – Marint Hosken

This idea of knowledge reminds me of the nature/nurture argument from a previous week. Are we born with a system of learning built into us or is it something we aquire as we get older. Looking at the philosophical categories above it appears to be difficult to pin point. Do I like this hamburger because it tastes nice or because I have seen an advert telling me it tastes nice, or my best friend says it tastes ‘amazing’?

I suppose, true knowledge comes from looking past as many of these preconceptions as possible and trying to discover the ‘raw’ information.

If speaking with other humans when conducting research it is vital that the following ‘research principles’ are taken into account to ensure accuracy and compliance:

And of course it goes without saying that the more direct route the information is received then the more trusted it can be.

For example: viewing a painting is far superior than reading a book about a it or basing your research on a guide book which has been developed to encourage attendance at the gallery.

So what makes a good research question? Martin poses:

And when considering your sources, put it through the CRAAP test:

My Object – Grandad’s Wind Up Car

Attention to detail and quality

In the middle of the 1930s, Schuco was the first to produce toy cars which were revolutionary from the start – not only due their technology but also due their quality, workmanship and functioning. Some of these models, for which numerous patents were applied, are part of the current Schuco programme. To this day, the authentic models and toys are almost exclusively still crafted by hand using elaborate techniques.

Quality: Due to extremely close attention to detail and the high level of quality of each and every Schuco product, Schuco is a prestigious premium brand that collectors adore.

Diversity: Schuco produces models in various scales. From 1:12 to 1:600. From the tin Silver Arrow and the latest Porsche Turbo, modern-day and yesteryear tractors through to classic motorcycles and the legendary flying boat DO-X in 1:72 scale. Thanks to the large array of scales, Schuco offers a wide range of products in many different sizes. It is this extensive choice of models and their highly detailed finish which make the Schuco range so diverse and fascinating.

Tradition: Schuco is characterised by its long-standing tradition, high degree of popularity and diverse range, thereby making it one of the leading manufacturers in this industry.

Why was racing so popular?

Stirling Moss, in full Sir Stirling Craufurd Moss, (born September 17, 1929, London, England—died April 12, 2020, London), British Formula One Grand Prix racing driver who was considered by many to have been the greatest driver who never won a world championship.

Moss won his first event in 1950 in England and went on to win scores of races, including the British Grand Prix (twice) and the Monaco Grand Prix (three times). In all he won 16 Grand Prix events before an accident in 1962 ended his career. Moss was inducted into the International Motorsports Hall of Fame in 1990 and was knighted in 2000.

The owner and an interview with his daughter (my mum)

My grandad, Len Chalker was born in 1928 in London. He would have been approximately 12-15 years old when he received the car. On speaking with my mother she didn’t really know a lot about the car. Sadly, my grandad passed away when he was 53 and my mum was 20 which meant I never got to meet him. It is believed the car would have been given to him as a Christmas present and my mum recollects that his dad (my great grandfather) was one of the first people on the street to get a full sized family car. The gift of this car obviously started a love for creating things and working with is hands, because he spent most of his life as a carpenter. I can never recall exactly how he died, but i know it was from a heart condition. This condition is now fully curable which is quite sad in a way. If he was born a generation later her wouldn’t have died at such an early age and we may have been able to meet.

Taking into consideration the idea that the car was given as a Christmas gift, and that was the start of its story, I wanted to create a short storyboard of its journey.

Instantly, I thought of the Christmas adverts which John Lewis have become famous for.  I then wrote down the following idea in expressing the car’s story:

To accompany the idea I then drew the following storyboard:

The year was 1945. The second world war had just finished, and people were trying to find some normality. Although motorsport had continued throughout the war, the events were limited and only really saw a resurgence after the troops returned home.

On a surprisingly mild Christmas Day, Len Chalker opened a present which would stand the true test of time. The Schuco 1070 red racer came in a colourfully illustrated box and required assembly. Len would have spent most of that day following the meticulous instructions to build the exquisite racer. Can you imagine the first time Len would have inserted the key, twisting it slowly before hearing the roar of the gears as the car came to life?

Over the next decade the likes of Sir Stirling Moss would enter the racing scene, bringing motorsport back into the hearts of the Great British public. I am in no doubt that Len would have continued tinkering with his 1070 racer. Using the micro tools provided to change the tyres and wheels and to ensure the gears were in the best condition to create that memory stirring sound.

Len would continue to tinker and mend things into his adult life, where he became a carpenter, husband and father. Sadly, his life was cut short when his daughter was only 20 years old. He would never get to meet his grandsons, but the car lived on.

It was now the early 2000s and Len’s Christmas racer sat in the attic of his daughter. One particularly frosty Christmas, the car was carefully wrapped and given as a heartfelt present. Gary, Len’s grandson, opened the car and instantly knew what it was. He inserted the wind up key and turned it slowly. As he released it, the transgenerational reverberation sounded out across the house and the memory of Len and his Christmas car lived on, once more.

Wow. This week was intense. I learned so much from it though which I will try and summarise below.

The lecture by Martin Hosken has taught me several new ways in which to research a subject or item. As a personal reminder of what has been learnt this week, the following bullet points show some methods to research:

In all honesty I feel I only scraped the surface in terms of using these research methodologies while looking at my chosen subject, The Christmas Car. However, by following some of these methods I was able to uncover a fascinating history.

This in turn lead to an unusual choice for my final piece, but one that I believe meets the brief excellently and expresses the emotion involved with the car.

As a symbol of the energy and excitement this week has brought, I want to remind you of the sound that The Christmas Car makes, and how it has inspired generations. 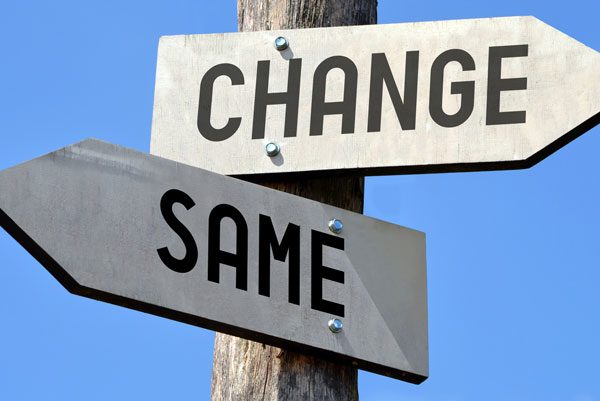 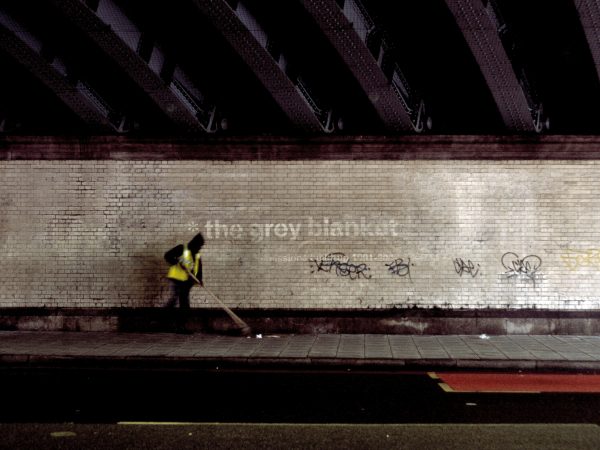 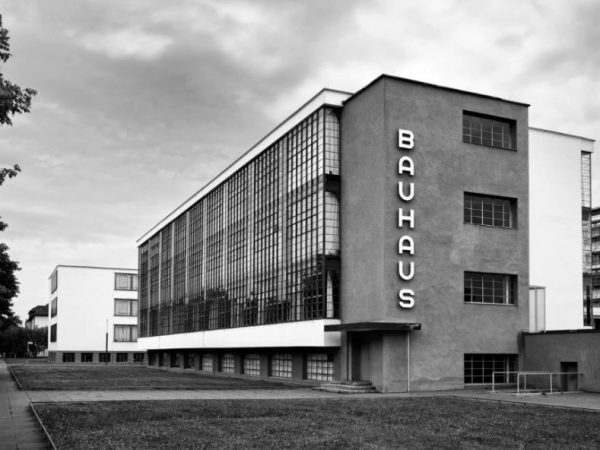